The Adventures of Doc White 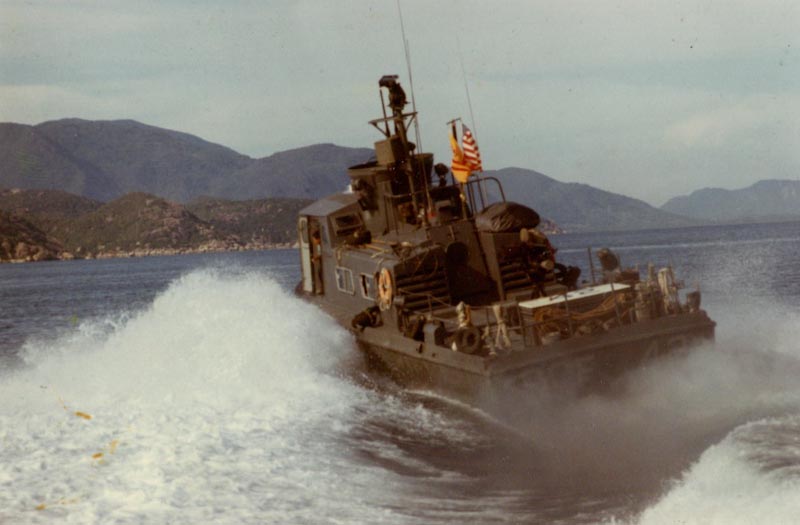 Doc White has made a living doing pretty much exactly what he’s always wanted. To say that it’s been an exciting, fun adventure is somewhat of an understatement. From his time in the Navy during the Vietnam War to operating a charter dive company out of San Diego to traveling the world as a marine photographer, White’s love for the ocean, animals, and photography has taken him to the far reaches of the globe.

Born in Raleigh, North Carolina on Christmas Day 1946, he was infected with a love for the water at an early age. The Outer Banks of North Carolina were his backyard. It was an idyllic childhood of sailing, exploring, and developing a foundation on which the rest of his life would rest.

White attended the University of North Carolina and enrolled in the NROTC program there. In 1968, he graduated with a degree in business.

“I studied very little, but I did get my degree,” he says. “In those days you were expected to do something traditional.”

White was commissioned in the Navy upon graduation and entered UDT/SEAL training. A knee injury ended his candidacy for Special Warfare and he was assigned to patrol craft fast, or swift boat. At 21 years old he was skippering his own boat in a free-fire zone in the Mekong Delta and on the Cambodia-Vietnam border.

In a lot of ways, it was the Wild West. White and his men were young and tough, they often played host to SEALs, CIA operatives, mercenaries, and an array of Special Operations personnel. Running up and down the river and in the Gulf of Siam, White was wounded three times by shrapnel. In all he received two Bronze Stars for valor, the Purple Heart, the Cross of Gallantry and the Navy Commendation Medal for Valor.

Back in the states, he taught guerilla and counter-guerilla warfare and counter-insurgency 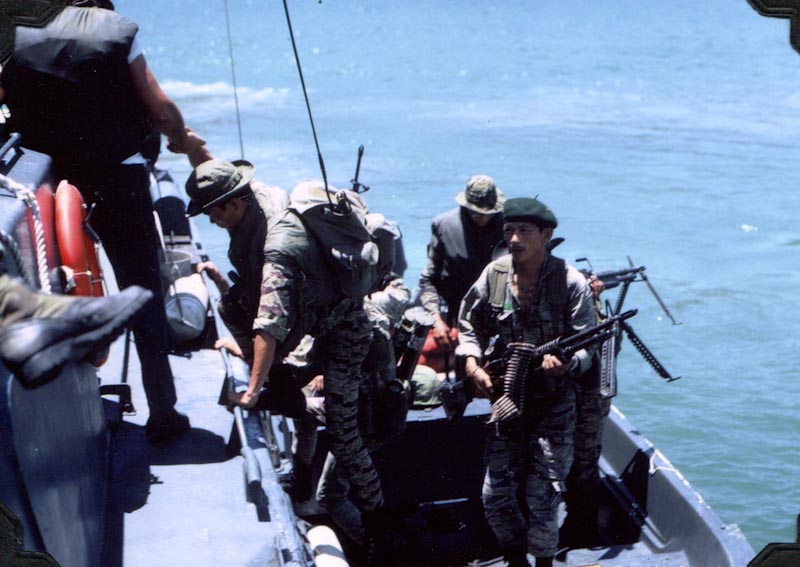 warfare for Special Operations in Coronado, California before being decommissioned. He spent the next year sailing and eventually decided the rejoin the Navy to fly.

“I’m a slow learner, I guess,” he says. But he seems to have picked up flying well enough for the Navy. “I thought what the hell. I went to flight school and ended up in fighters out at Miramar.”

White flew F4 Phantoms and was assigned to the aircraft carrier USS Ranger. All in all, it was a fairly uneventful cruise—save for losing his radio and electronics at night in the middle of the Indian Ocean during a heavy rain, which made the carrier landing tricky. “But that’s what we were trained to do,” he says.

He went on to fly as an adversary in VF126, often working with Naval Fighter Weapons School, or Topgun, before retiring from the Navy in 1979. After a brief stint as a pilot for Continental Airlines, the rest of White’s life began.

“I was trying to figure out a way to get back into diving and photography,” he says. “In ended up that by designing and building a boat I could do it pretty cheap.”

So he built the 54-foot Mirage, started taking clients on all-inclusive cruises, and

established a charter dive operation based in San Diego. He catered to film crews and marine biologists, and what he calls “an interesting clientele.”

White secured a grant from the National Geographic Society and with a crew of scientists from the University of California, Santa Cruz began an era of marine exploration that continues to this day. He traveled to the Galapagos Islands for three and a half months, helped ABC with a film on blue whales, and worked with the BBC and PBS in the Sea of Cortez. He worked out of Costa Rica for three years, and he worked in Alaska on a TV series called Nature.

On a trip to the South Pacific, he worked on the island of Rangolap, just north of Bikini Atoll, he dove in waters that had never seen a diver. With National Geographic Society, he charted waters labeled on a map as “unexplored.”

“The sharks there were amazing because they’d never seen a diver nor fisherman,” he says. “It was much like it was when [Captain James] Cook was there in the late 1700s.”

White and his wife, Ceci, found an untouched Japanese mini-submarine, three-man tanks lost at sea, and even looked for giant squid off the coast of New Zealand. He and his wife led a life at sea, moving between islands and coasts as the two pleased. He eventually sold the Mystique in New Zealand and spent the next seven summers photographing in the Arctic.

Although his exploits have taken him around the world, White’s most famous image came from home, in the Coronado Islands off the coast of Southern California in 1988. The image, which is of a blue whale eating krill, has been voted one of the best 25 underwater images ever taken.

“It’s better to be lucky than good,” he says. “And that shot was pure luck.”

White has since refitted an old salmon trawler for dive and photography work, named Maghia, and has worked with countless film crews and marine biologists. He’s never let the dust settle around him on land and has maintained a life of high-seas travel and adventure. Which begs the question for the rest of us, How does one make such a life of freedom?

“You just figure out what you love to do,” he says, “figure out the value of it, and you just go do it.”

As an inspiration, White points to Richard Armitage, who later became Colin Powell’s Undersecretary of State. After the Vietnam War, Armitage ended up with an “armada” of civilian boats in Vietnam and was responsible for rescuing about 30,000 South Vietnamese.

“I watched him create his own value,” White says. “He figured out what he wanted o do and how he could go about doing it. And I realized, anybody could do that.”

And that’s how White has helped himself to a life at sea. There’s nothing else he rather do—or he’d be doing it—and he’s consistently found a way to value the life he’s chosen. Whether it’s photography or writing or traveling, White says the only way to go about it is to just do it. And once you do, others will likely want to be a part of it.