Eric Harroun is from Phoenix, Arizona. He served in the U.S. military from 2000 until a car accident that left him with a plate in his head. He was discharged with full disability in 2003.

Around Christmas of 2010 he visited Egypt and Lebanon. Two years later in September 2012 he returned to Egypt were he got caught up in the celebrations in Tahrir Square. In June of 2012 he was determined to do something with his life. He flew to Istanbul in November of 2012, and in January he was involved with the Free Syrian Army.

On January 26th he uploaded a video to YouTube that caught the attention of Rita Katz, co-founder of the SITE Intelligence Group. Katz is an Iraqi Jewish woman who sells videos posted by jihadi groups. Sometime in January, Eric friended what looked like a young Iraqi woman who was posting pictures of her in a bikini and full bosomed friends. Eric only had around 361 Facebook friends and as he gained notoriety he began to enjoy his new celebrity status. He posted videos on his page and on YouTube throughout February. In mid-February, the Syrian regime posted a video of him using a stranger in Miami with a different name from Mugshots.com as proof that Harroun was a criminal.  About that time he was pinged by SITES Intelligence, a provider of “Jihadist Threat Warnings” to the U.S. government and other clients.

It is quite normal to post videos of attacks and battles from Syria, and on February 13 Eric said he cheated death again. In the phone video, he’s sweating and looks visibly distressed as he crouches down with an AK in an empty house under fire. In other videos he is relaxing with fellow fighters threatening the regime of Assad.

On February 15 he hits the main-stream news as he posts videos on YouTube. Eric is with his friend “the Chechen” as he drives to inspect a recently shot down Syrian government helicopter.  The problem: the vehicle and his friend, a Syrian descendent of Caucasian fighters, are part of al Nusra, a franchise of al Qaeda created in Iraq ten years ago.

On March 11 he contacted Fox News reporters in Israel and things began to fall apart. He voluntarily went to the US Embassy where he found himself caught in the classic good cop, bad cop game.

When he walked in to the office, the male FBI agent had the Fox News story printed on his desk. The bad cop was a woman from the CIA. Without being warned that what he was about to do was incriminate himself, he volunteered the information that he had shot ten people, traveled and fought with al Nusra and was deeply concerned he might be viewed as a terrorist.

The journalists who interviewed from Fox were Jewish, based in Israel, and got into heated discussion with the part-time jihadi. Eric thinks he was set up and called out as a terrorist by Fox News.

After a series of coy back and forth with Eric, we finally connected on March 14 after he had spent two days being whipsawed at the U.S. Embassy, the last session lasting ten hours.

“I’ll have to hire a fucking Jewish lawyer to sue their asses when I get back,” he said from Istanbul via Skype. “According to Fox News I am going to the Palestinian Territory, and then they said I was going there for violent reason. I should sue those assholes… I was going for peaceful reasons. But now I’m not. It’s too dangerous.” 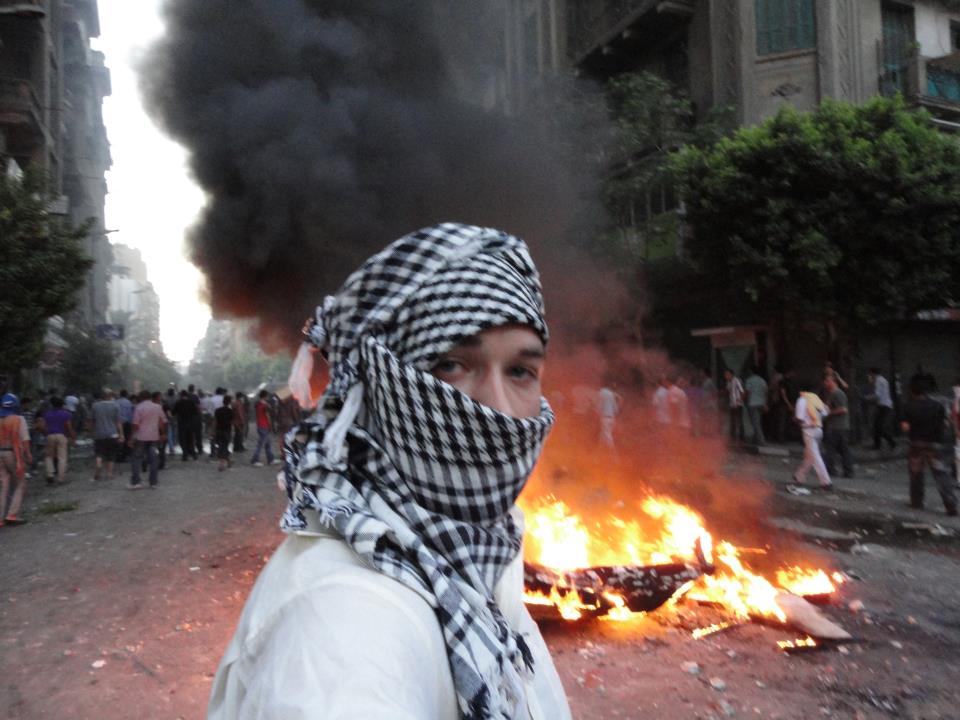 Eric’s version on how he ended up going to fight with the FSA and ended up with al Qaeda is simple to him.

When he hung around in Turkey for month the buzz amongst young men was “let’s go fight in Syria.” It is a badly kept secret that the U.S., through Qatar, Saudi Arabia and Turkey, is recruiting, training and arming rebels to bring down Bashar al Assad. From where he sat in Istanbul and with the Arab Spring still the driving meme, it seemed like a grand adventure.  He crossed the border and was soon taken in by a Free Syrian Army unit. Harroun’s story is that in the confusion of combat he lost track of his FSA unit.

“I was separated from my unit in the fighting,” he said. “I found these guys, I didn’t even know they were al Nusrah until later. I said I need a ride back to my commander. It took 25 days to get them to give me a ride.

“When they’d go out and fight, I’d go along with them. What was I supposed to do? Grab my gun and go. We’re all fighting for the same thing. We’re trying to kill the same people. It’s not like I chose to fight with al Nusra.”

Eric is surprised at the negative portrayal of him as fundamentalist.  “I’m not al Qaeda,” he says. “I like my beer and my smoke, and I like my women. I’m not about the praying five times a day and all that shit.”

During the interview he pointed out that he was eating pork and just “chilling, having a beer and listening to music.” Despite his cool demeanor his meetings at the embassy obviously rattled him.

“I may not be a fighter anymore. After speaking with the FBI guy. If it’s illegal I’m not fighting anymore… If he says I cant go back, I’m not going back.”

But he thinks it’s “bullshit” that an American can’t come and fight.

“It’s illegal for an American to come and fight and that’s bullshit,” he said. He particularly did not like the “CIA lady from upstairs” who played bad cop. To mess with her, he asked her for Stinger missiles. “She didn’t exactly say no. She gave me the name of a guy in Turkey who is supplying weapons to the rebels.”

Erik describes the FBI guy as “nice” but still telling him it is against the law for him to fight in Syria.  Eric said, “I don’t know why they would want to prosecute me… I mean we’re killing the same people. They should give me medal for this shit.”

“I hate Zionists,” he said. The irony that one of the Fox reporters names was “Ben Zion” didn’t seem to sink in. “If they prosecute do you think I could go to federal prison?”

Eric asked us if he was on the no-fly list, if he could sneak back in via Mexico. As we signed off from Skype he said. “The hash is good here, dude. I’ll just chill here…. fuck Assad.”

On March 20th his FBI “friends” obtained a search warrant for his Facebook account where he had posted a photo of himself posing with an RPG. The location is listed as Turkey, but its good enough for criminal charges. The FBI said he had also posed with “machine guns” not quite clarifying if they mean the heavy weapons on the truck or the AK 47 he held. The FBI references his contentious argument with Fox News and issues that as proof of guilt. And as expected his voluntary discussions with the U.S. embassy to see if he was in trouble, landed him exactly in that trouble he was worried about.

When he got back he was charged in a ten page Criminal Complaint by the FBI for conspiring to use a weapon of mass destruction outside the United States. 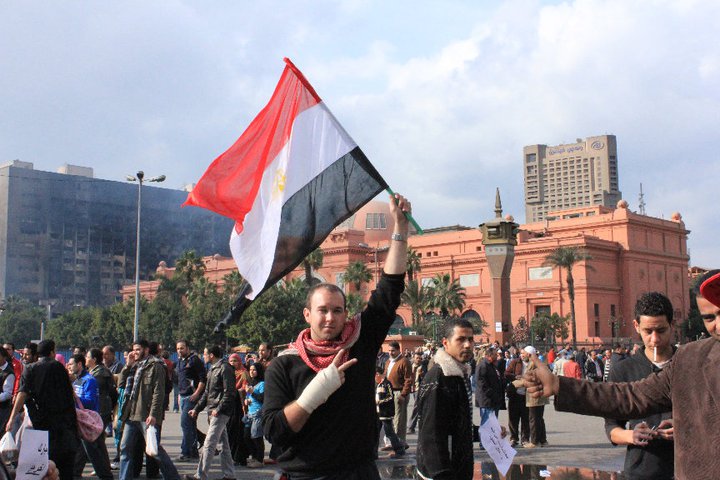