Dean Dunbar, 44, has a degenerative vision condition called rod-cone dystrophy. Never mind his long resume of adventure-sport activities that have taken him around the world, the guy is legally blind. Not being able to see, though, hasn’t prevented him from pursuing a range of adrenaline-inducing sports. He was the first legally blind person to bungee jump from a helicopter, hyrodspeed (or riverboard) Scotland’s longest river, and be thrown by the Dangerous Sports Club’s human catapult. Dangerous talked with Dunbar from his home in Perthshire, Scotland to find out how he’s managed to survive his stunts.

As told to Will Grant

Dangerous: Your first extreme undertaking was a skydive in 1998. Did you know that it was the first of a long line of similar activities?

Dunbar: Up until then I had no real interest in these sorts of things. If someone had said to me, do you want to go bungee jumping? I would have said, no thanks, that’s not for me. At the time, I was working for a a blind school and one of the instructors thought a parachute jump would be a good fundraiser. After the adrenaline rush of that first tandem skydive, there was no going back. Once my feet hit the ground, I was like how do I get that feeling again. Like any other addict, I was looking for the next one. But I really thought that just one more and I’ll have my fix and be done. Didn’t work out that way, though. 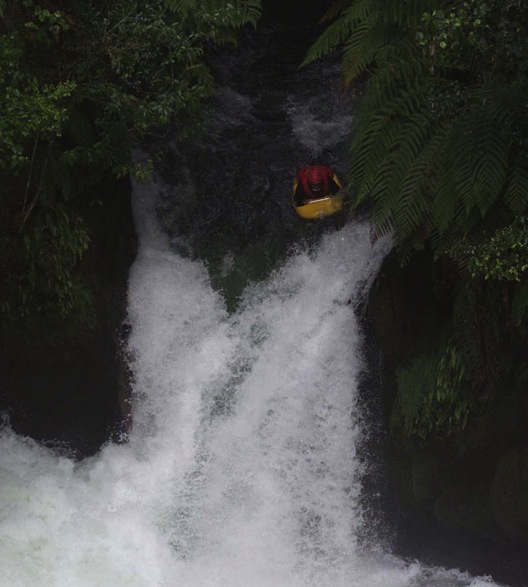 Are people generally pretty receptive to you wanting to do these things that are dangerous even for people who can see?

In the early days, nine times out of ten I got turned away. As soon as I would tell them that I was registered blind, a lot of them said, you’ll have to go somewhere else. Sometimes they would say it was a matter of company insurance. Or they’d say it was against health and safety regulations. But they’re a lot better about it now. These days, they’re a lot more willing to give my ideas a go. Once they see my website and that I’ve done a lot of these other activities, they’re usually willing to work with me.

Do you have to overcome a lot of fear?

I don’t think I’m intelligent enough to recognize fear. Too thick headed, I guess. I’m usually not nervous until 30 seconds before whatever it is I’m about to do. At that point it’s too late. I also try to use the best people I can find in the business. If things are going to go wrong, they’re going to go wrong and there’s nothing I can do about that. But I prepare.

What was the most dangerous moment you’ve had?

The most potentially dangerous situation was when I was whitewater sledging in New Zealand. After that I almost decided it was time to go back to knitting, basket weaving, doing what normal people do. The trip had been going well, and I was the only customer with the guides that day. The whole trip they’d been telling me that I had three waterfalls to go over. They explained to me that there was a fork in the middle of the river with a tree on it. If I went right of the tree I was fine and dandy, and if I went left of the tree I’d go down a waterfall that had three sides and I would probably drown. They asked me, can you see the tree, stay right of it. I said, of course I can’t see the tree. So they sent the trainee over to the tree to wave his bright yellow sledge in the air. I still couldn’t see that. So at that point they said, all we can tell you is that if you go left of what you can’t see you’re going to drown. If you go right of what you can’t see you’ll be fine—the decision’s yours.

At that time I’d done ten or 12 activities, and I thought, that’s not bad for a blind guy, maybe it’s time to give it up. So I sat by the river for a bit and listened to the water. I thought, what the hell, in for a penny, in for a pound. And it all worked.

Was that more dangerous than running the highest commercially run waterfall?

It was the same trip. That was the seven-meter waterfall at the end of the trip, called Kaituna Waterfall. Most people go over it in a big whitewater raft with six or seven people in it. I went over it on basically a bodyboard on steroids. It was great to be a part of, but it was over too quick.

I have to be very focused on listening to what people tell me what to do. There’s a lot of trust involved. I can’t show up five minutes before an activity and say, OK, let’s do this. A lot of these activities are dangerous, and if I don’t trust someone, I may not properly respond when they tell me to do something. That can lead to an accident. And I’ve had occasions in the past when people who meant well have actually ended up putting me into accidents. 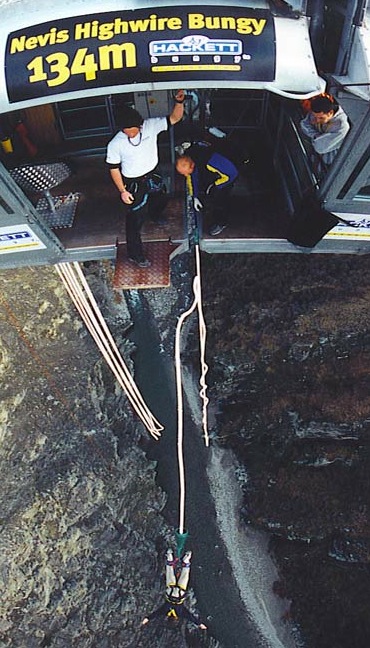 Had a few wrecks, have you?

Of yeah. Broken noses, ribs and all sorts of stuff like that. It comes with the territory. Most have been simple things. Years ago when I was mountain boarding, there was this chap shouting directions from the start point. But I was moving downhill and when he said, you’ll want to turn left, I turned left. He meant that he would tell me when, but I thought he meant at that moment. So I turned straight into a big rock. At that point I knew I had to work on communication a bit.

Your wife, Rhona, has been a partner through a lot of your activities. Has your communication with her changed over the years?

Rhona and I have really developed our communication skills, which we learned were not good enough in the beginning. We were the first people to hydrospeed the River Tay, the longest river in Scotland. At one point she saw a submerged tree and yelled, turn, turn, turn. I turned the wrong way and almost drowned. After that she would yell, right, right or left, left or whatever. From then on, we’ve had no problems. Mountain biking or anything like that, I’ve got total trust in her.

Mountain biking? How does that work? You go really slowly or the track is wide or…?

My sight is constantly deteriorating. Every time I go out on the bike now I tend to have some sort of accident. I broke my nose two or three years ago when I smashed my face on the ground. Most of the time I fall off or something. A month ago, sure enough, I came off and smashed my knees into the handlebars and smashed my coccyx on a rock. I try to remember to wear elbow and knee pads but sometimes I forget. I think I’m getting more fragile. Things are hurting more as I go along. My injuries are sticking with me a lot longer now.

I promised Rhona that I would have a quiet year this year. She’s had to give up a lot of time to help me over the last two years. She’s taken up triathlons and has one booked for late summer. All I have left for this year is a 20-kilometer sea kayak race and a one-mile swim. I’m already into the planning for next year, but can’t tell you what it is. I’m a bit superstitious that way.

This has always been a hobby for me. I’d love it to be a full-time thing, but it’s always been more of a question of how much money do I need to do what I want, how do I train for it, how much time am I going to have to give to it. As soon as I finish one thing, I’m planning the next. 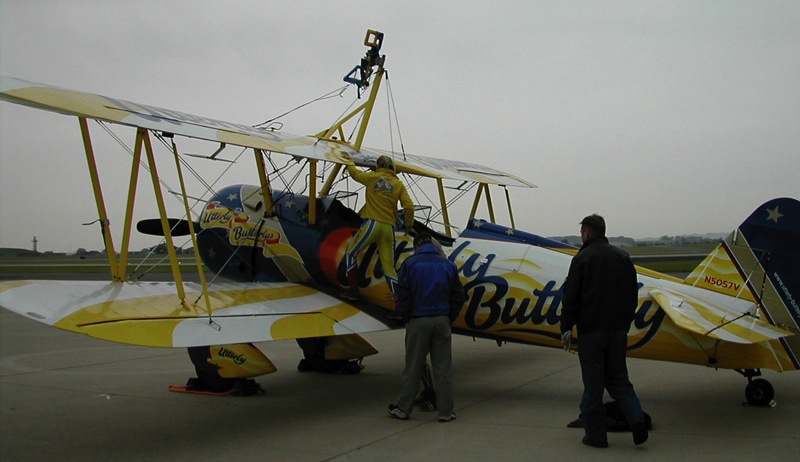